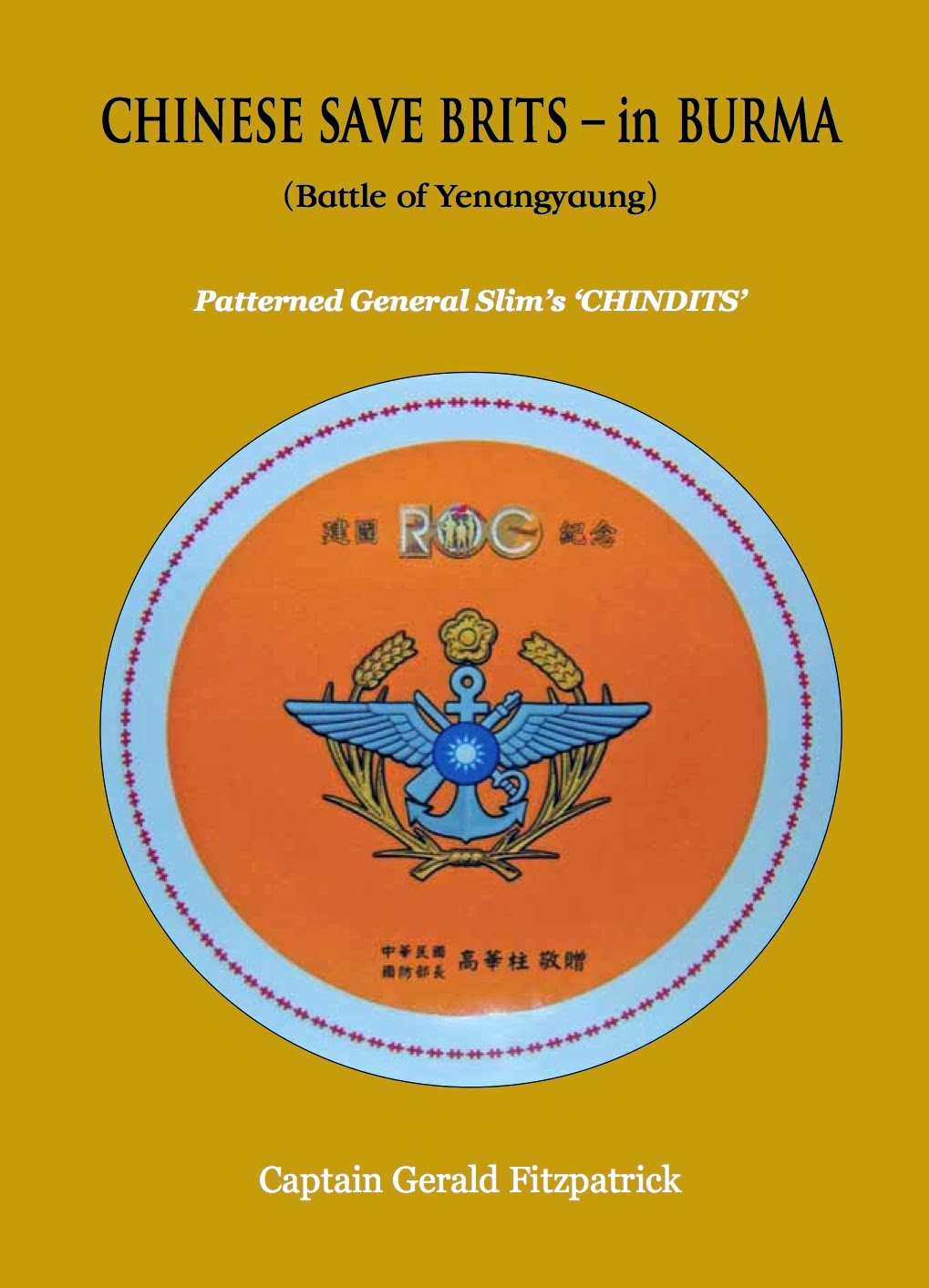 Following the release of my 2001 book, ‘No Mandalay, No Maymyo’, results in the writing of this one, to be an absolute joy.

From her reading the book, I am contacted by the daughter of the Republic of China, Army General Liu Fang-Wu, Commander of the Expeditionary Force, at the vital Battle of Yenangyaung.

Visiting the good lady at Washington D.C. in order to thank her for the most excellent action of her father’s forces, I was astounded to be honoured with the presentation of the Republic of China, Centennial Plate and an invitation for Patricia my wife and I to visit Taiwan.

The belligerent succession of British Prime Ministers and Defence Secretaries refuse to accept, and go so far as to repudiate, the vital Chinese action.

I witnessed the action, and recorded the pageantry of the operation, in my first book. It is greater detailed in this present book.

The Man Management involved throughout, is of the highest order, and outside all parameters of civilian life, or, in keeping with Manuals of Military Training.

The boy writing book No. 1 developed, and made no hesitation in approaching the succession of indifferent British Prime Ministers, Defence Secretaries and Foreign Minister Wm. Hague – Seeking answers he did not get.

At all junctures British hierarchy refuse to acknowledge scenes that I personally witnessed. They choose to condone the hidden malpractices of Prime Minister, Winston Spencer Churchill, and several of his successors, along with numerous senior military personalities.

Praise for Chinese Save Brits - in Burma (Battle of Yenangyaung)

This is a story of great courage and resilience. The book is a reminder to us all of the respect which is due to those soldiers of the ‘Forgotten Army’.
- The magazine of the Country

This book seeks to lay bare the flawed and incompetent decision of all those in military command and in Whitehall that resulted in the most catastrophic of all British army withdrawals.
- Forces Catholic Gazette

This book should be up there with the best of them. It is extremely well written.
- John Scurr, Military Author

This tells it as it was.
- Mr Jim Major B.E.M., Kings Own Yorkshire Light Infantry colleague